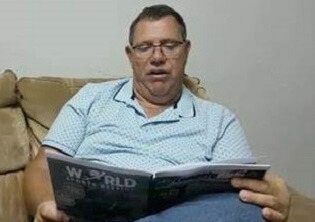 It is back to Polytrack racing at Fairview on Friday and although it does look a tough card we do hold some chances at making some money.

The battle between trainers Gavin Smith and Alan Greeff starts to intensify for the Eastern Cape Champion Trainer’s title and both look to have some nice chances of adding to their winners’ tally.

Greeff has a strong hand in Race 6, a MR 96 Handicap for fillies and mares over 1600m, even though Eva Eileen has been scratched. She looked the best of his four runners but the table will be well served by Phoenix and Colorado Springs.

Phoenix had her first run for the yard last time in a Pinnacle Stakes over 1400m on the turf. She looked a real picture and ran accordingly, fighting on doggedly to bet Irish Willow by a neck. She will prefer this extra 200m but this will be her first run on the Polytrack.

Colorado Springs, however, is proven on the surface. This daughter of Ideal World started her career pretty nicely with four wins coming at a decent rate.

The four-year-old filly ran a cracking good third behind Follow That Star (who has won twice since) when trying blinkers for the first time. Her next two starts when also wearing blinkers were disappointing.

A fourth-place finish in her fourth start with that equipment was better but still not up to her standard so it came as no surprise the blinkers were removed and she did well when runner-up to a bang in-form rival.

Richard Fourie will take over duty on her.

Race 1 on this card sees an interesting clash. Smith has Easy Living who finished fifth on debut in a race won easily by stable companion Chere For Me.