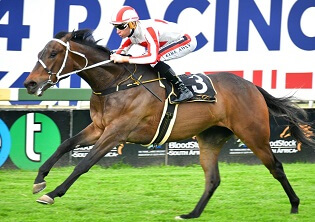 Mike de Kock looks to have a strong hand in both the World Sports Betting Gauteng Guineas and the Wilgerbosdrift Gauteng Fillies Guineas over 1600m on the Standside track at Turffontein on Saturday.

The two Grade 2 races form the respective first legs of the WSB SA Triple Crown and the Wilgerbosdrift SA Triple Tiara for fillies.

The Cape Guineas and Cape Fillies Guineas count as alternate first legs for the Triple Crown and Tiara which means we could see WSB Cape Town Met fourth-placed Double Superlative and Chansonette, a close runner-up to Captain’s Ransom in two Grade 1 fillies’ features at Kenilworth, on the Highveld for the respective Classic races.

Last year there was a unique situation where De Kock-trained Malmoos won the Triple Crown while Paul Matchett’s charge, War Of Athena, captured the Triple Tiara.

De Kock has Dingaans winner Safe Passage and third-placed Aragosta in the Gauteng Guineas, but they will face a far stronger line-up this time against the likes of William Robertson, Johan Janse van Vuuren-trained pair of Outofthedarkness and Prince Of Fire, and Mike and Adam Azzie-trained Supreme Warrior.

The Fillies Guineas, however, looks to be at the mercy of De Kock with top-class Desert Miracle who is backed up by talented Bold Act and Clafoutis.