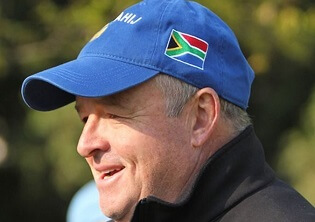 Ed Marnane: A pair of Group 2s — Al Rashidiya and Al Fahidi Fort — are the twin highlights at Meydan on Friday, the second meeting of the 2022 Dubai World Cup Carnival.

Mike de Kock has an impressive record in the Al Fahidi Fort, the South African handler capturing the prize no less than six times and he saddles Garrulous in this year’s renewal, Race 5.

The lightly raced four-year-old, who was Grade 2 placed on his final start in South Africa for Glen Kotzen, makes his Dubai debut on his first start for De Kock following a stint in France under the care of Francis-Henri Graffard.

He faces a stiff task taking on a powerful Godolphin challenge, led by last year’s winner Land Of Legends for Saeed bin Suroor and Frankie Dettori. Hailing from a yard that is renowned to having them ready to roll off a break, he will take plenty of beating on his first run since finishing a creditable fifth in the Dubai Turf in March last year.

William Buick has elected to ride Naval Crown, one of two runners representing Charlie Appleby who has won five of the last seven renewals. Now four, he can boast some smart form in Europe last year, most notably when a good second to the progressive Creative Force in the Jersey Stakes at Royal Ascot. He demands plenty of respect and is nicely berthed for a horse that likes to be handy.

La Barrosa, Naval Crown’s stable companion, has the benefit of a recent run at Meydan, where he finished a respectable third behind Path Of Thunder. He needs to step up on that form in deeper waters.

Storm Damage, trained by Saeed bin Suroor, was highly progressive last year, winning three of his four races. Unraced at two, he’s open to plenty of improvement and is one for shortlist under Hector Crouch, a rider that has a decent strike-rate when booked by Suroor.

First run in 2000, the Al Rashidiya has attracted a classy field and sees the evergreen Lord Glitters seek another big prize in the Middle East.

Winner of the Singspiel and the Jebel Hatta at Meydan last season, he demonstrated he retained his enthusiasm and ability when swooping fast and late to win the Bahrain International Trophy in November.

Trained by David O’Meara, he is the oldest horse in the line-up having turned nine on New Year’s Day and is likely to find Godolphin’s battalions too strong.