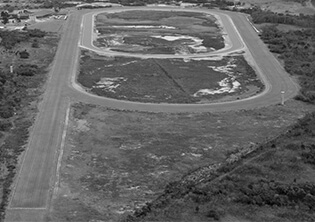 Henk Steenkamp: The wind at the Fairview racetrack can sometimes change the whole complexion of a race.

Top horses and jockeys are often challenged against a strong headwind or must negotiate a tailwind that makes judging the pace difficult down the long Fairview straight.

Friday, all the attention will, however, be on the winds of change. These winds are sweeping through racing in the Eastern Cape, and at today’s Algoa Cup meeting, the launch of Nelson Mandela Bay Racing will be celebrated.

This will be the start of a new era for horse racing in Gqeberha, previously named Port Elizabeth, and yes, there is plenty to get excited about.

Phumelela Racing Executive Patrick Davis explains a fixtures review is in progress and that a new feature race programme will culminate in the Algoa Cup.

“We are looking to consolidate a regional season approach to stakes and feature races,” said Davis.

“The thinking being that each region will offer higher stakes per race in their season to encourage increased national participation in those seasons.

“For the Eastern Cape we have identified the August to October period as the new Eastern Cape Racing Season from 2022.

“We are working on a new feature race programme to culminate in the Algoa Cup day at the end of October.

“During these three months, minor races will carry an enhanced stakes level when compared to the rest of the year.

“We have also rebranded East Cape Racing as Nelson Mandela Bay Racing – with Fairview Racecourse still the venue for racing and training of horses in the region.