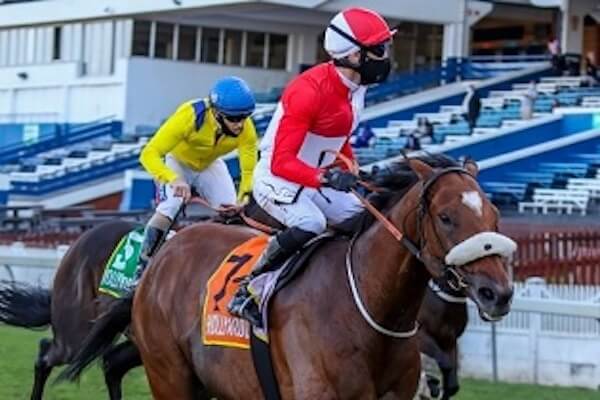 A number of Equus Awards are likely to be decided after the string of feature races at Hollywoodbets Greyville on Saturday 31 July.

That meeting will bring the 2020/21 horseracing season to an end and looking at the early entries, what a meeting it should turn out to be.

While the R600,000 Marshall World Of Sport Gold Cup (Grade 3) over 3200m headlines the meeting, there are four Grade 1 races taking place.

This will be the second South African race meeting in which World Pools will be operational so we can once again expect the pool to be massive.

The R600,000 Hong Kong World Pools Champions Cup (Grade 1) over 1800m has attracted a small but talented field which includes Rainbow Bridge, Got The Greenlight and Do It Again, the result of which could well impact on who will be named Equus Horse Of the Year.

Rio Querari wo the Grade 1 ComputaForm Sprint and could well wrap up the Champion Sprinter Award if he can add the Grade 1 Mercury Sprint over 1200m to his tally. He has the advantage of pulling No 5 draw.

The Two-Year-Old Awards are still up for grabs, but Mike de Kock-trained Desert Miracle could well step up to the plate with a victory in the Grade 1 Thekwini Stakes over 1600m for fillies. She also has the advantage of No 5 draw.

The prize for juvenile colts is far from decide so there is a lot at stakes for the runners in the Grade 1 Premiers Champion Stakes over 1600m.