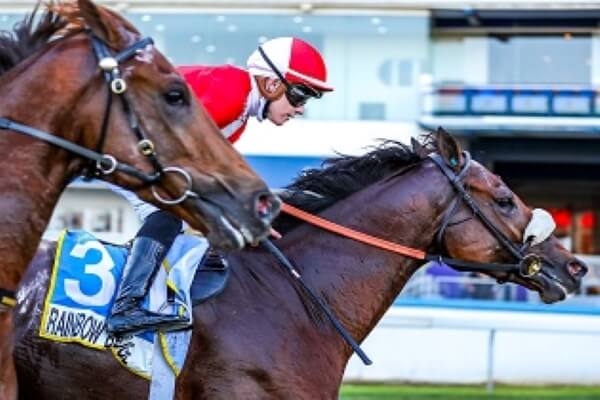 Five-time Grade 1-winner Rainbow Bridge on Tuesday afternoon again saw the racing gods smile down on him when the final field and draw for this year’s Vodacom Durban July was unveiled.

This two-time Met-winner, who ran second to Do It Again in the 2019 edition of the July, was selected to jump from gate 1.

If ever a horse has had the luck of the July draw, it must be Rainbow Bridge, having started from gate 3 in 2019 and gate 2 last year.

The six-year-old, trained by Eric Sands, beat last year’s July winner Belgarion in the Met earlier this year over 2000m as well as in the Gold Challenge over 1600m last time out. However, he has never won over further and will aim to break the distance hoodoo come Saturday 3 July.

For trainer Justin Snaith, yesterday’s draw was also a case of déjà vu. For the second year running, only one of his runners were selected to jump from the inside half of the starting stalls, and again it was his least fancied runner.

Two-time July winner Do It Again, who drew gate 18 last year, will start from gate 16 this time round while Belgarion (gate 17 last year) will be starting from gate 11.

Snaith is aiming for a record fourth consecutive July victory and should he achieve this feat, it will probably also give him another champion trainer title.