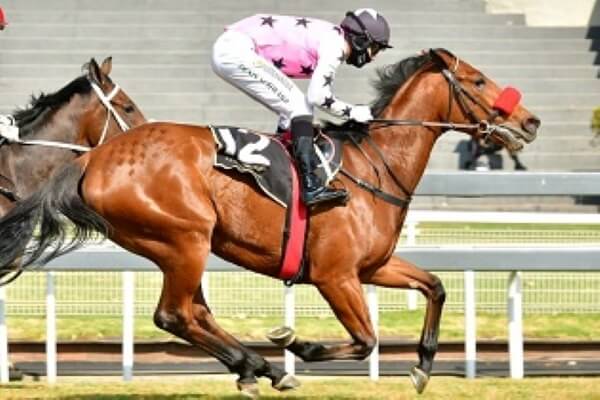 Danie Toerien: By all accounts, War Of Athena is the banker at Turffontein on Saturday.

Having stormed to a convincing victory in the Wilgerbosdrift Gauteng Fillies Guineas, Paul Matchett’s runner faces what seems to be a rather weaker field in the Grade 1 Wilgerbosdrift SA Fillies Classic.

If she does clinch the 1800m race, she’ll be one step away from the Wilgerbosdrift SA Triple Tiara.

Two fillies who could test her are Lucky Houdalakis-trained Miss Elegance and Sparkling Water from Mike de Kock’s yard.

“She’s fit and well and I’m sure she’ll run well,” said Houdalakis on Wednesday about his runner, who finished third in the Fillies Guineas.

“Looks like War Of Athena has got my number, but we’ll go back and try again. Maybe the extra 200m can help me. All we can do is keep on trying”

War Of Athena does have the advantage of two stable companions to “pave the way” for her, so to speak, just like they did in the Fillies Guineas, where Only The Brave set the pace and Gee for Go provided cover arounds the turn.

“It will be the same as the Guineas. One will make the pace and the other to help her around, whatever,” said Houdalakis.

“Fact is, War Of Athena probably doesn’t need it, but I’m sure they would like an honest pace.

“An honest pace will suit me as well. I’d rather see them go fast than slow. We’ll have to wait and see,” said Houdalakis.