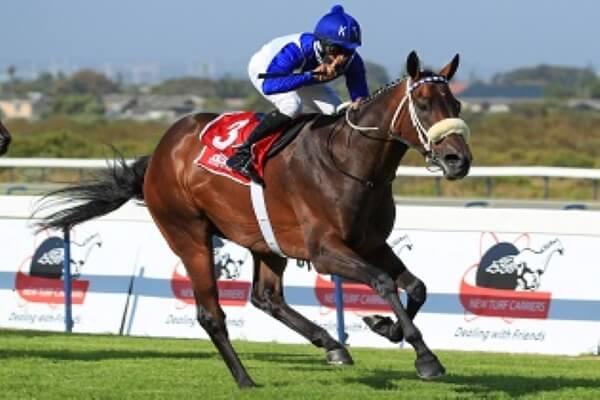 Jack Milner: After four consecutive feature-race seconds, Linebacker finally got his just reward with victory in the Grade 1 Jonsson Workwear Cape Derby over 2000m at Kenilworth on Saturday.

Trained by Vaughan Marshall and ridden by Grant van Niekerk, Linebacker came from near last at the top of the straight to claim the lead in the final 100m and then drawing off to beat stable companion Rascallion, ridden by Anton Marcus, by 1.50 lengths.

Third place, another 0.50-lengths back, came The Gatekeeper with Hoedspruit staying on in fourth.

“I worked Linebacker the other day and he worked very well,” said Van Niekerk on his way back to the winner’s enclosure. “My only danger was Kommetdieding and after he was scratched I was very confident.”

Linebacker had the worst of the draws and appeared to make contact with Juan Carlos, who was drawn on his inside, at the jump. Van Niekerk found himself at the back of the field as Cape Guineas winner Russian Rock pulled jockey Grant Behr to the front. Dean Kannemeyer’s charge gave Behr a torrid time and he had no option but to let him loose on the lead.

He came into the straight a few lengths clear of the field and it was obvious he would not be able to keep it up. With 400m left Rascallion and Hoedspruit were vying  for the lead while Richard Fourie had The Gatekeeper in full stride. He moved up to Racallion and with Hoedspruit not finding a finish, the pair looked set to fight it out.

But Van Niekerk had other plans. He switched Linebacker to the centre for a clear run and the other two had no answer to the finishing burst produced by the son of Captain Of All.