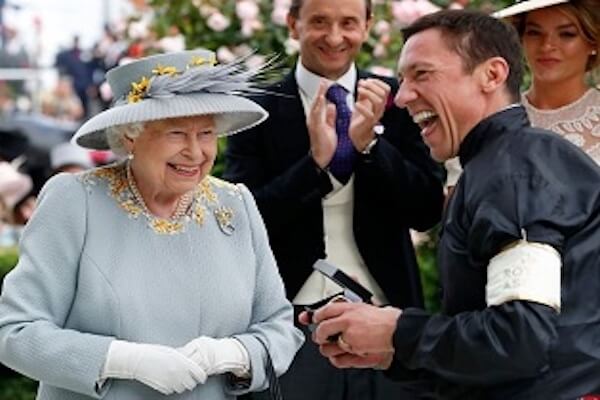 Frankie Dettori was born on the 15 December 1970 and 50 years on he is still considered the most brilliant and charismatic jockey in the world.

For more than three decades, the incomparable Frankie Dettori has been at the forefront of British racing. His achievements and infectious enthusiasm have won him legions of fans around the world. Today, the Racing Post celebrates the 50th birthday of the great Italian and takes a look at the secrets to his legendary career.

Rising to the occasion

On the global stage there have been a record six Prix de l’Arc de Triomphes as well as 14 Breeders’ Cup wins. The list could go on and on. The simple fact is nobody relishes the big occasions more than the effervescent Italian.

The Derby, perhaps his most coveted prize, took longer than most to make its way into Dettori’s trophy cabinet, but arrive it did in 2007 courtesy of the Peter Chapple-Hyam-trained Authorized.

“I had to pinch myself crossing the line to make sure it was real and not a dream,” Dettori said afterwards.

John Gosden summed him up when giving a television interview after Dettori’s 2018 Arc win on Enable, saying: “He gets himself up for the big occasions. He rides to a level which is way beyond what most people can ride to. He elevates himself.

“But don’t take him to a wet track on a Monday afternoon, you won’t find him.”

His racing style has been compared to that of his US contemporaries as he opts to use the whip sparingly, instead using his legs and body to get the most out of his horses.

A list of his greatest rides features an amalgamation of different methods whether it be front-running, scything through a field, expert placement or overcoming wide draws. There is seemingly no obstacle that can stop his skill.