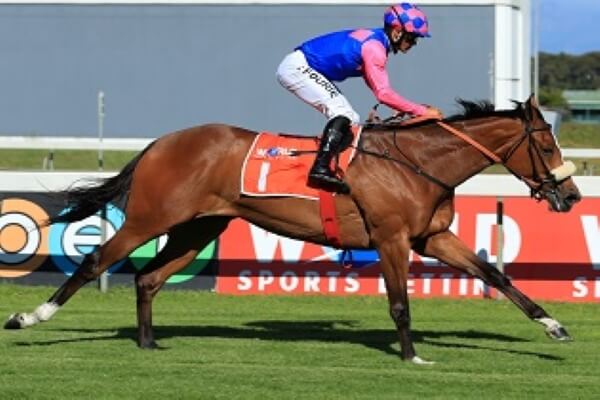 Jack Milner: Justin Snaith has thrown down the gauntlet to the connections of Summer Pudding.

“It’s summer, we like our pudding, you never know,” said Snaith, following the WSB Cape Fillies Guineas win by Captain’s Ransom over 1600m at Kenilworth on Saturday.

Ridden by Richard Fourie, the daughter of Captain Al came through in the centre of the track to score a fluent 2.25-length victory over her main rival, Princess Calla, in this Grade 1 Classic on the Summer Course.

Captain’s Ransom went off as TAB favourite but with bookmakers, started  a 28-10 second favourite behind 22-10 shot Princess Calla, trained by Adam Marcus and ridden by Craig Zackey.

It turned out to be the two-horse race everybody expected and was already that with 200m to run.

“I wanted to get first run on Princess Calla, which I did,” said Fourie. “That obviously helped but I always felt she was in control.”

Snaith was delighted with the performance. “She has really started to mature and for once she was easy to place. She is very good. I don’t know where she gets it from,” adding that her talent, once again, highlights the contribution of Captain Al to South African racing and the impact his death will have on the sport.