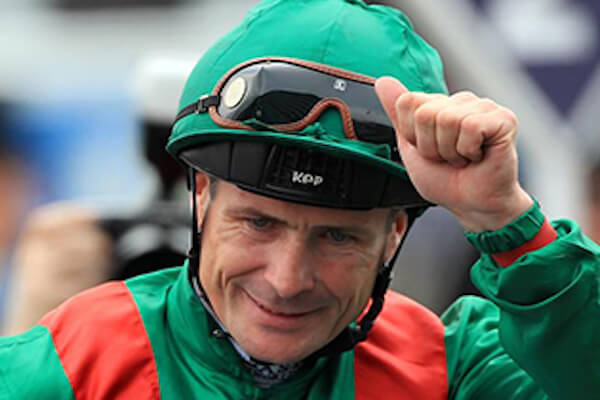 Pat Smullen, the legendary Irish jockey who rode 12 Classic winners in an outstanding career, has died at the age of 43.

Smullen was diagnosed with cancer in 2018 and passed away in Dublin on Tuesday.

The father of three, who rode Harzand to victory in the Derby four years ago, suffered a relapse in recent months having received positive news in 2019.

Throughout his illness, Smullen raised awareness and substantial sums of money for charitable causes – including over €2.5million on Irish Champions Weekend last year, when Sir Anthony McCoy rode the winner of the Pat Smullen Champions Race For Cancer Trials Ireland at the Curragh.

Nine-times champion jockey in Ireland, Smullen forged a lengthy and prolific association with Dermot Weld. He rode his final winner in March 2018 at Dundalk before news of his diagnosis emerged.

Other big race wins included the Irish Derby twice on Grey Swallow and Harzand, four victories in the Irish St Leger aboard Vinnie Roe and the 2000 Guineas with Refuse To Bend in 2003.

He leaves wife Frances and their three children – Hannah, Paddy and Sarah.