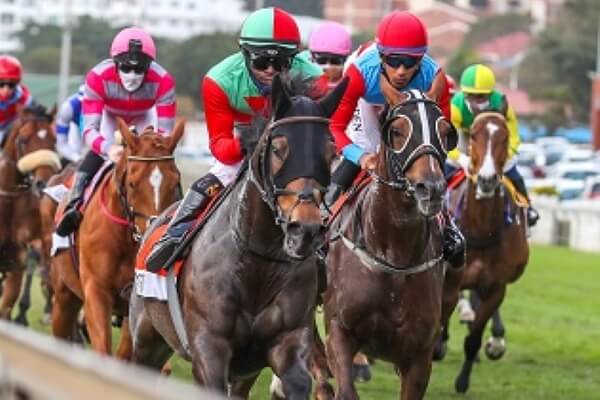 The five-year-old son of Noble Tune, who went off at 40-1, led from pillar to post to hold off Paybackthemoney by 0.80 lengths with Flichity By Farr 0.50 lengths back in third. Eyes Wide Open finished fourth, just a short head further back.

The result was a major upset on all levels, as the winner went off at 40-1, the runner-up at 45-1 and the third-placed horse at 70-1. Eyes Wide Open performed best of the fancied runners as he went off at 9-1.

On a day when front-running tactics were paying off, it still seemed unlikely any jockey would have the gall to try it over 3200m. But Khumalo is not rated one of the best of his profession for nothing. “At first, with his light weight, we wanted to give him a little bit of cover and then follow them through.

“But he came out so well and he had so much running in him I felt, with his light weight, to ease him out would have been the wrong thing.