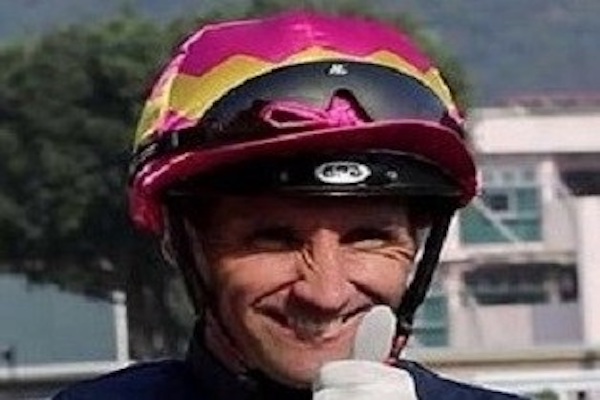 Lobo’s Legend in action at Shatin

“A couple of his runs at the end of last season, he was running up to a good level of form. He’s come out this season and run one good race for me over 1400m when he got the right track into the race and hit the line quite strongly,” Callan said.
Lobo’s Legend won the Grade 1 SA Classic over 1800m pre-import, the second leg of the South African Triple Crown, but the Irishman is of the opinion that the David Ferraris-trained gelding is more effective over shorter distances.
“I think he’s a 1200m horse, all his best form has been over 1100m to 1200m and I think when he won his 1800-metre Group 1 he landed in the lead combined with his natural gate speed – which meant he could just sit there and then he sprinted away from them and since then he hasn’t gone to 1800m,” Callan said.
The Trippi gelding will face 13 opponents in Saturday’s maiden-breaking assignment, including Golden Sixty, who is looking to become the third horse this season to win his third consecutive race, following Hardly Swears who tallied the hat-trick on Wednesday.