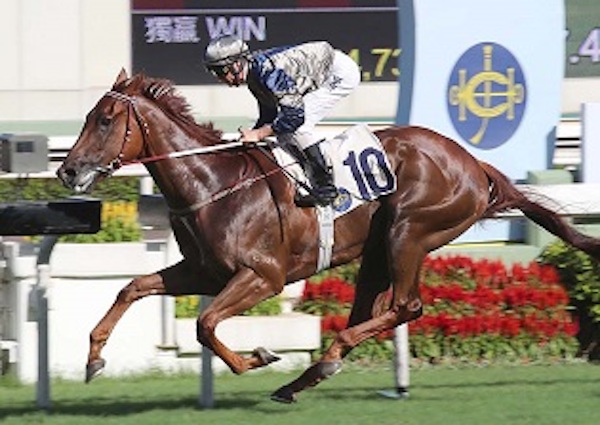 While Aethero stole the limelight on Saturday in Hong Kong with a record-breaking run, South African trainer Douglas Whyte and jockey Joao Moreira teamed up for the first time – and a first win.

“He’s going straight to the moon,” the Brazilian added after weighing in.

Aethero (55.3kg) brushed aside fellow rising star Voyage Warrior (56.7kg), the only other horse in the past decade to have dipped below 55 seconds, as he clocked a sizzling 54.69s, one click inside Sacred Kingdom’s old mark of 54.70s.

“Voyage Warrior is no slouch, so what Aethero did today, breaking the record – and there’s not a great tail-wind here – shows what I’ve been saying about him: I believe he has the makings to be a superstar,” Moore said.