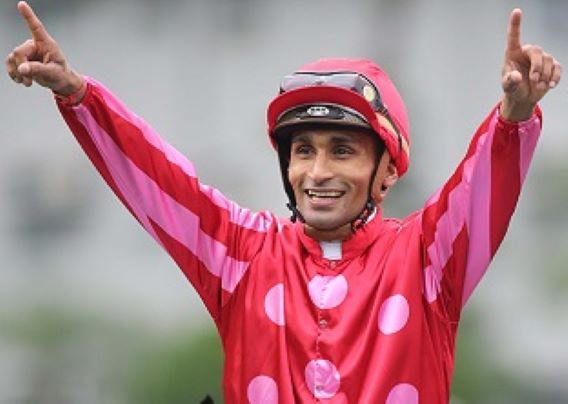 Sapporo – Hong Kong representative Karis Teetan was unable to notch a win on the second and final day of the JRA World All-Star Jockeys series at Sapporo Racecourse, Japan, on Sunday but a creditable second in the third leg helped him finish joint third behind eventual winner Yuga Kawada.

Teetan had scored 31 points in Saturday’s two heats to sit joint-second at the half-way point. In the third leg over 1700m on dirt yesterday, the Mauritian rider settled his mount Realist ahead of mid-field after a good jump from gate five. Turning to the home straight Teetan moved to outside and his mount accelerated well. Race winner Suave Aramis, ridden by French star Mickaelle Michel, never looked under threat but Realist finished clear of other rivals to run second, beaten by two lengths.