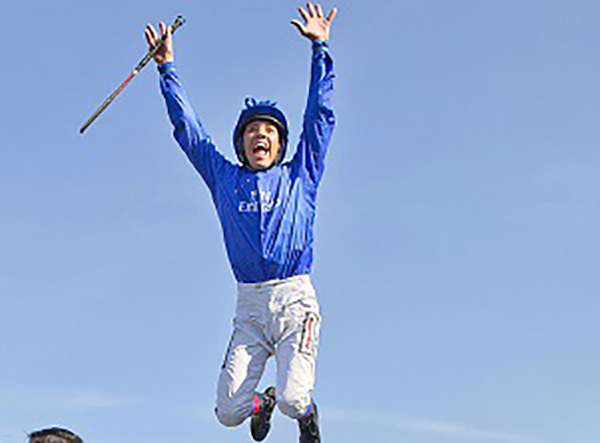 One layer joked Ascot should erect a statue of Harry Bentley after he denied Frankie Dettori a fabulous five-timer that would have left bookmakers – already reeling from the top rider’s awesome foursome – staring at disaster.

No Flat rider captures the general public’s attention as much as Dettori, who had most of Berkshire in the palm of his hand when winning the first four races on day three of the royal meeting.

They included supreme stayer Stradivarius in the Gold Cup – a result that left bookies fearing the worst.

For much of the Britannia – the fifth race on the card – it looked like more Dettori delight as he swept clear on Turgenev for his closest ally John Gosden.

However, the 7-2 favourite weakened late and was nabbed by the Ralph Beckett-trained Biometric, whose rider Bentley punched the air in triumph, an act likely repeated in trading offices.