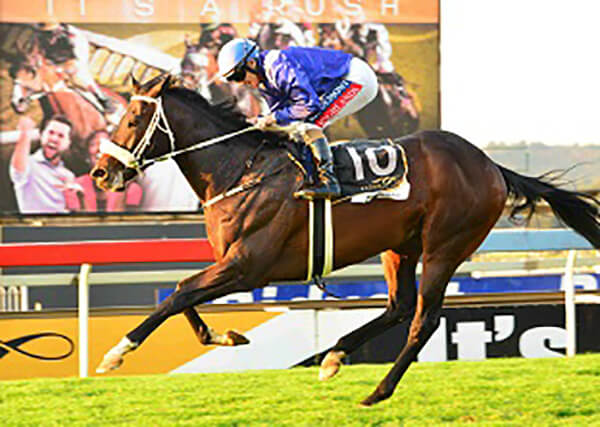 Jack Milner: Hawwaam’s facile victory in Saturday’s R4-million Premier’s Champions Challenge and Soqrat’s “failure” in Friday night’s KRA Guineas has compelled trainer Mike de Kock to put on his thinking cap with regard to the future of his duo of three-year-old stars.

Ridden by Anton Marcus for the first time, Hawwaam doddled home to win the Grade 1 Champions Challenge by four lengths from stable companion Cascapedia, with an improved Divine Odyssey a neck further back in third.

The son of Silvano got out well and Marcus had him handily placed in this position behind Come The Day and Zillzaal and once in the straight Hawwaam moved in, had a brief interlude with Zillzaal, and then drew away to win without Marcus pulling the stick.

Asked whether it had been part of the tactics to place his mount handy, Marcus responded: “We discussed it once – about 10 days ago. There was no pressure from Michael (de Kock) about this horse. I was going to allow him to dictate to me. I wanted cover but he came out a tad aggressively, but in saying that, if the pacemaker wasn’t there I would have been happy to do my own thing on him. He’s the best horse in the race.”

Now that he has won five of his six starts, De Kock was asked if Hawwaam is among the best he has trained. “He only beat a (merit rated) 107 and a 105 today and he did it very well. He’s still needs to earn that respect in beating slightly stronger fields than this. We felt a bit of pressure today because he’s a young horse who hasn’t taken on older horses.”

Asked whether the incident prior the SA Derby where he bolted from the parade ring to the start and had to be withdrawn, De Kock responded: “He’s quite a mentally tough horse. He’s a man and he wants to be boss so that wouldn’t have affected him at all. Thankfully he never got injured.”