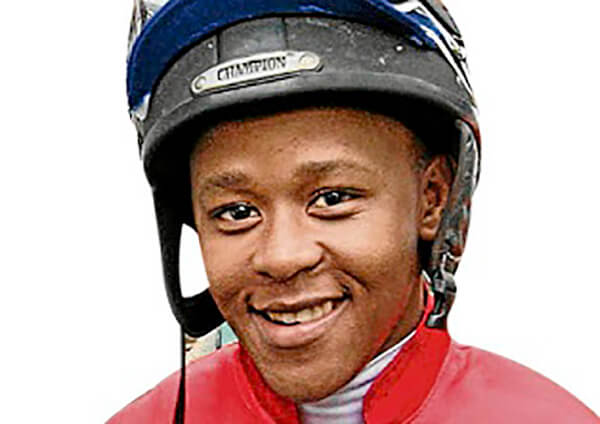 Mike Moon: The current jockey championship has developed into the most competitive tussle in many a year and, with three months of the season still to run, speculation abounds as to which of the four main rivals will emerge with the most winners on 1 August.

Muzi Yeni, Lyle Hewitson, Gavin Lerena and Anton Marcus are charging up the finishing straight in a line and it’s anybody’s race.

The first three riders mentioned travel to the Vaal on Tuesday determined to boost their numbers – and have lively chances of bagging at least a winner each.

Extra edge enters every contest in which the trio find themselves in opposition – making for exciting racing and punting.

The fun commences in earnest in Race 3, an Assessment Plate for fillies and mares over the straight 1400m. Lerena hops aboard likely favourite Vistula, from the stable of Paul Peter, who will be keen to see his charge step up after two second places in a row.

This daughter of Ideal World has a fairly high merit rating of 90 for a one-time winner from six starts, but the handicapper is a diligent chap so that’s likely to be accurate and therefore she is well-weighted on 57kg.

Next highest in the ratings is Hewitson’s mount Anneka, on 88 and shouldering the same burden. Trainer Sean Tarry has campaigned this three-year-old filly in feature events around the country over the past six months and she has done pretty well, without setting the world on fire.

In fact, Anneka has just one win to her credit – from 12 runs – and this looks like the sort of race that might allow her to set the record straight concerning her obvious ability.

Yeni partners Westwing Belter, a merit-rated 70 filly who also must lug 57kg and will be at longer odds. However, this three-year-old is relatively unexposed from two trips to the races and showed plenty of gumption when winning last time out – with Yeni in the irons.