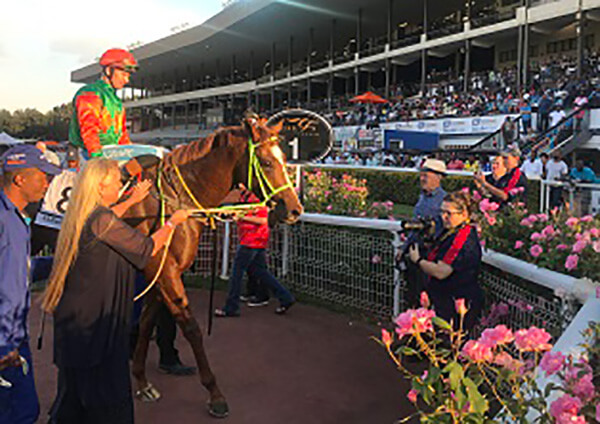 Mike Moon: Red-hot favourite Hawwaam was scratched from the Grade 1 SA Derby after bolting from the parade ring and running loose to the starting stalls.

The 2450m Grade 1 race was won by Samurai Warrior, but further drama ensued when a race review was called following some bumping among the leaders in the closing stages. However, the result stood and veteran jockey Piere Strydom was able to celebrate a rare Oaks-Derby double on the day.

Hawwaam – trained by Mike de Kock and officially rated the 10th best racehorse in the world – was quoted at 1-6 to win the famous old race, the third leg of the Triple Crown series.

After playing up in the parade ring and getting away from his handlers, the superstar breezed the short distance down the racecourse to the starting stalls, where he was quickly caught. But, after a vet check, he was withdrawn.