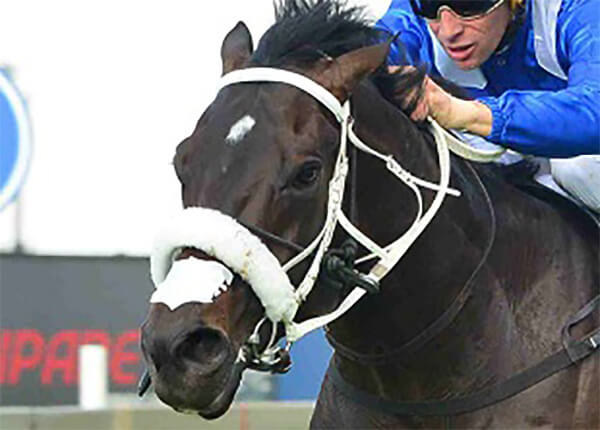 Hawwaam did not appear to be injured after his escapade at Turffontein on Saturday.

Assistant trainer Mathew de Kock said the superstar was “OK”, but added that the right decision had been taken to withdraw him from the SA Derby.

Hot-pot favourite Hawwaam was scratched from the Grade 1 race after bolting from the parade ring and running loose to the starting stalls.

Trained by Mike de Kock and officially rated the 10th best racehorse in the world, the colt was at odds of 1-6 to win the 2450m contest, the third leg of the Triple Crown series.

After playing up in the parade ring and getting away from his handlers, the horse breezed the short distance down the racecourse to the starting stalls, where he was quickly caught. After a vet check he was scratched.

Mathew de Kock said Hawwaam had “no marks on him” after the incident.

“He got a fright when Marco van Rensburg was dislodged from his mount in the canter past, reared up and then crashed through the rails. We are thankful he wasn’t hurt, this could’ve been worse, but we had no option but to take him out after what had happened.”