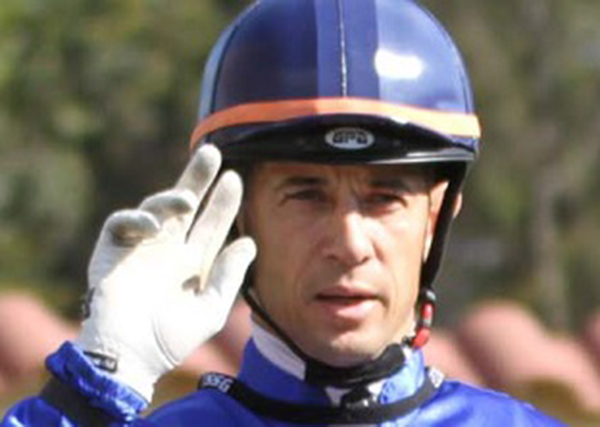 Master trainer Mike de Kock, saddened by news of Anthony Delpech having to retire, has paid tribute to his 49-year-old former stable jockey.

De Kock commented: “Anthony and I had much success together. He won three Durban Julys, a Met and a Triple Tiara for me, and many other Grade 1 races.”

Those Durban Julys were with Greys Inn in 2004, Bold Silvano in 2010 and Igugu in 2011 – to go with the rider’s first victory in SA’s biggest race, aboard Classic Flag in 1998 for trainer David Ferraris.

And it was Igugu who carried him to victory in the Met and Triple Tiara.

“When Anthony was injured and not riding for the stable it was a big loss to us,” said South Africa’s most famous trainer.

“As so often happens in life, one realises and appreciates the value of individuals and their expertise when you lose them. His big-race experience and professionalism is being missed by Mike de Kock Racing and I’m sure also by Mary Slack, who had built up a good relationship with him before his injury.

“Many of us forget that being a jockey is a dangerous profession. One knows that you have a dangerous job when you are followed by an ambulance while you are doing it; this speaks for itself!

“There are many armchair critics of jockeys (as we’ve seen of late), and I’ve also been one in my time, but one forgets that they are sitting on a 500-plus kg animal with its own mind travelling at 60km an hour. Controlling them is already almost a miraculous act…