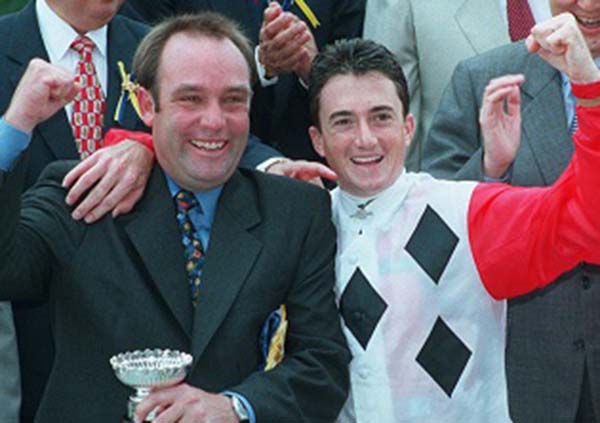 At about 6pm on Monday night, Douglas Whyte’s phone rang and he was told his riding career was over.

But there were no tears of sadness about the end, which comes on February 10, only joy about a new chapter opening after the Jockey Club licensing committee granted him a training licence for the 2019-20 season.

Whyte is a legend in Hong Kong, that is what happens when you ride 1,800-odd winners and collect 13 straight jockeys’ championships, but he is not dwelling on what he has achieved, only thinking about what is to come.

He is just the second person given the opportunity to go straight from the saddle to the trainers’ tower, following in the footsteps of another Hong Kong hero, Tony Cruz.

It is an opportunity too good to refuse, so Whyte will finish up his riding career on February 10 before beginning preparations for his next job.

“I’m as surprised as everybody that it’s happened the way it has and I’m very fortunate to have been afforded this opportunity. I think it’s the right time,” the 47-year-old said.

“It’s always been a goal of mine to train in Hong Kong and I was hopeful I would be afforded the opportunity but I didn’t think it would happen so quickly.

“I believe I’m ready for it, it’s a challenge that I am very keen to get hold of. I’m an achiever so any challenge that is thrown my way, I will find a way to deal with it.

“I have to thank the Jockey Club, it’s a once-in-a-lifetime opportunity. It was something that I always wanted to do. I’ve had a great riding career, it’s a new chapter of my life andI’m looking forward to it.”

The South African, who first came to Hong Kong in 1996-97, always wanted to transition into a training career but he wasn’t sure how quickly it would come.

“It’s something that has been on my mind for a while, but I’ve only put in an application recently. The thought process being that there are vacancies and there are going to be a few more vacancies in the next couple of years,” he said.